SNMPv3 primarily added security and encryption to SNMP. Security has been the biggest weakness of SNMP since the beginning. Authentication in SNMP Versions 1 and 2 amounts to nothing more than a password (community string) sent in clear text between a manager and agent.

Alarms received by the Aurora Gateway be relayed via several methods:

To configure your Communications Manager for SNMPv3 traps follow the procedures listed in 'Configuring SNMP traps' and populate the V3 sections as described below: 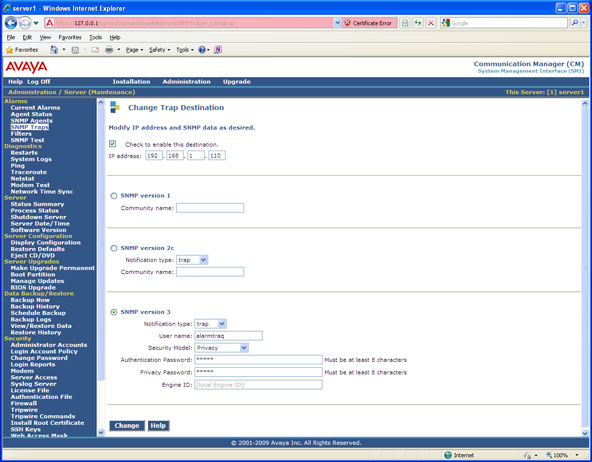 Once a destination has been configured for SNMPv3 trap, enter the matching information in AlarmTraq under SNMP v3 Users. 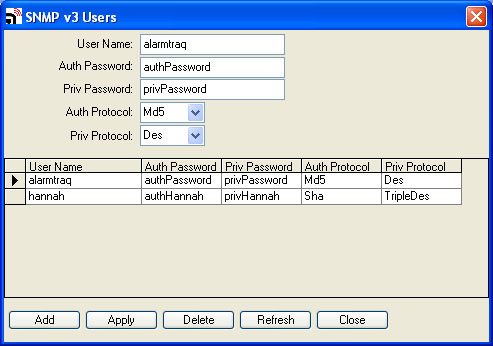